The rise and rise of laboratory grown diamonds has ramped up competition in the jewellery industry. It has launched a war of words where each side of the natural vs man-made debate is using Climate Change as a club to beat each other about the head.

Meanwhile consumers are left confused by conflicting information. They can’t tell who’s right or who’s wrong when it comes to a problem most feel powerless to do anything about anyway.

Perhaps it’s time to change the conversation to something consumers can relate to?

If you were around in the late ‘80s, you might recall Castrol came out with an advertising campaign with the catch phrase “Oils ain’t oils!”

It was designed to educate consumers to the fact that not all motor oils are the same. (And that, by inference, Castrol had a superior product.)

I don’t know whether the campaign worked or not. That’s not the point. The point is commodity products don’t all come from the same place and their associated qualities are not all equal.

This is no less true when it comes to diamonds – mine-origin, laboratory-grown or recycled.

In the diamond space in recent times the discussion has moved on from human rights (post Blood Diamond – the movie). Now it’s focused on environmental issues, particularly carbon dioxide emissions from production.

(Frankly, I think the downplaying of human rights issues is to the advantage of the mine-origin industry. But that’s not what I wanted to highlight here.) 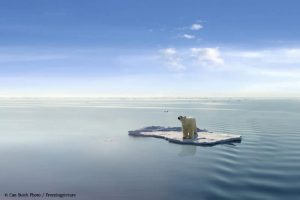 Climate change is topical, but is it something the average consumer can relate to? Maybe it’s time to shrink the conversation down to ideas people can wrap their heads around?

Right now we’re seeing the marketeers on the lab-grown industry side hammering mine-origin producers about their apparent poor performance in terms of greenhouse gas emissions.

The claim by the lab-grown industry is that the average mine-origin product carries a much higher carbon cost than the average lab-grown product and contributes much more to climate change.

This may or may not be true.

There is a notable lack of transparency on the lab-grown diamond side of things. As far as I know there is no current data available to substantiate industry-wide claims of significantly better greenhouse gas emission performance. The studies cited are typically at least four or five years old.

But even if it does turn out that lab-grown is ‘greener’ on average, that’s not enough. What I want to point out here is the pervasive use of industry averages to infer good or bad qualities on a discreet product. This can be misleading.

The fact is almost no one sells an ‘industry average’ product. It’s either above or below average and almost never precisely on it.

More importantly though, no one buys from an industry.

An industry is an amorphous mass of like businesses all selling similar products. By default, those products must sit on one side or other of the average of whatever quality is being measured.

Averages are useful when comparing one industry with another on like criteria. However, in isolation, an industry average doesn’t tell you anything about an individual supplier or their product.

It’s where your specific supplier sits on the bell curve of performance that really matters.

The mine-origin diamond industry is highly industrialised. 75% of total production comes from just seven, very large, publicly owned companies. These companies can and do make information available about things like energy consumption.

With this information, coupled with knowledge about the sources of energy (coal-fired, gas, diesel, renewables and so on), it’s possible to work out the carbon footprint of the industry. And better than that, it can be reported down to an individual mine.

This is not the case with the lab-grown sector. This part of the market is made up of an ever-growing number of largely privately-owned businesses that either don’t measure their carbon footprint and/or don’t report on it publicly.

Do a Google search on CO2 emissions from lab-grown diamond production and you’ll probably be disappointed by what you find. The most recent data you’ll turn up typically dates from around 2014.

Back then some reports (by Frost & Sullivan for example) suggested that lab-grown product released 1.5 billion times fewer emissions than did mine-origin product at the time.

If that seems extraordinary, even incredible, it turns out your suspicions are probably well-founded.

Now the indications are that lab-grown diamonds (on average) might be just as bad, if not worse than mine-origin product in terms of CO2 emissions per carat.

A jump from 1.5 billion times less to ‘about the same’ is a disturbingly huge leap and it tends to suggest that the current lab-grown industry claims of relative eco-friendliness are as good as baseless*.

*There is at least one notable exception, that being Diamond Foundry – a jewellery business certified as carbon neutral.

Forget the industry and examine the supplier

This part of the message is for consumers.

The simple fact is, if you care about climate change, you cannot make a purchasing decision about whether to go lab-grown or mine-origin based on the available information.

Without hard, independently verifiable evidence from a significant majority of producers you simply cannot know whether lab-grown is generally better than mine-origin or whether it’s the other way around. You need to look at the individual producers and determine which is better. (Or find a trustworthy jewellery company that has done the work for you.)

If the information isn’t available (which it probably won’t be in most cases), and you still want to be a responsible purchaser, you’ll need to consider other product or supplier attributes.

Perhaps take a look at what your supplier’s attitudes are to things like human rights, habitat destruction, economic development, humanitarian aid and other social and environmental issues.

If they don’t publish a viewpoint one way or another, maybe it’s time to seek out another supplier? Contributing to the preservation of an endangered species by restoring it’s habitat could provide a far more compelling reason to favour one supplier over another than any discussion about climate change.

This part of the message is for marketers (of both lab-grown and mine-origin).

Sooner or later the true story about the greenhouse gas contributions made by the lab-grown sector will become public knowledge.

It remains to be seen whether it will be good news or bad.

Either way, for both parties there’s an opportunity right now to change the conversation.

Lab-grown producers have a big price advantage at present. But with increasing competition comes constant downward pressure on margins.

One way to maintain margins in the medium-term is to add perceived value to the product bundle.

What else do your customers care about?

What other things do your customers care about? Well, that’s up to you to figure out, but I’m confident it’s going to be things like renewable energy, human rights, the environment, creating jobs, promoting education, sequestering carbon and so on.

Mine-origin producers have a temporary advantage in terms of cultural inertia. (By that I mean mine-origin diamonds are considered ‘traditional’ and thus more desirable.) But attitudes are changing and the industry can’t continue to rely on advertising campaigns from the distant past.

The mine-origin industry has a really bad track record when it comes to things like human rights and environmental damage. Importantly, that is changing.

The industry is becoming more efficient and is starting to engage environmentally and socially in a much more responsible manner. It’s time to take those good news stories and make them relatable. (The challenge will be overcoming market cynicism born out of past bad behavior.)

The good news is the stories don’t have to be big, world-changing events. Small, intimate stories work really well in this arena.

Mine-origin should take a leaf out of the Fair Trade marketing handbook. They use human interest brilliantly and often earn a premium price for their product while they’re at it. What do your diamonds represent? Are they just like everyone else’s or are they making a more meaningful contribution to the planet and it’s people?

Diamonds might all have the same chemical structure, but they can represent very different things

To the naked eye one diamond looks a whole lot like the next one regardless of where it was dug up or who manufactured it. (And yes, I know there are exceptions, but not everyone can build a business on exceptions.)

What can make a piece of carbon matrix stand out however is all the other good stuff that resulted because of it.

This is what can really differentiate one diamond from another – and even help overcome significant price differentials.

Customers care about those extra things – like saving endangered species, promoting human rights, reducing pollution and so on. Because, unlike ‘climate change’, they’re relatively tangible ideas.

In the coming years diamond marketers will need to focus less on the core attributes of the product. (As I said, those things are expected.) Instead they’ll need to focus a whole lot more on ‘giving back’ in the right ways and using those actions in their marketing mix to win over increasingly discerning customers.

Ethical Jewellery Australia is an online engagement, wedding ring and bespoke jewellery specialist. Every piece we do is custom designed and made to order (with the exception of simple wedding and commitment rings that are offered in a range of simple, popular designs).